​TAKING A MOMENT OUT FOR A CHANUKAH THOUGHT

​TAKING A MOMENT OUT FOR A CHANUKAH THOUGHT 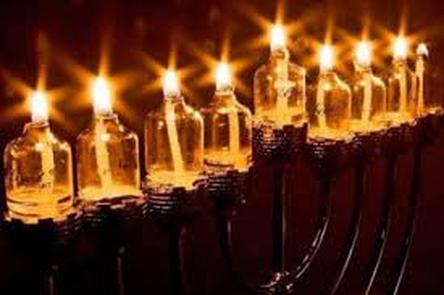 At the conclusion of the festival of Chanukah, we should give some thought to its lessons. After all, it is the purpose of every Jewish commemoration, holiday and festival to direct us how to live as a Jew and to serve Hashem under all circumstances.

The mitzvah of lighting the candles on Chanukah is to commemorate the miracle of the tiny flask of oil that burned for eight days. When we light the candles, we recite the blessing, “Who wrought miracles for our forefathers, in those days at this season.” What is the significance of this miracle? Why is this miracle highlighted more than any of the miracles that occurred daily in the Temple in Jerusalem, of which there were many; such as when the Lechem Hapanim (showbreads) placed on the Shulchan (the Table) stayed fresh throughout the entire week or that the Aron and Luchos, Ark and Tablets defied the limitations of space? The Mishna in Pirkei Avos (Ethics of the Fathers) lists ten miracles that occurred on a regular basis in the Temple. So what is the special quality of the miracle of the little flask on Chanukah?

Rabbi Yaakov Yehoshua Falk, (Frankfurt, Germany 1752-1780; known as “The Pnei Yehoshua” after his scholarly work by that name) asks a famous question; why was the miracle necessary if everyone was in a state of tumah, impurity, from the war and under those circumstances the Menorah could be lit even with impure oil?

He answers that H-shem wanted to demonstrate that after the self-sacrifice of the Chashmonaim and the Jews of that time, the love for His people returned to its former state.

Very often we find that people who have always been close will get into an argument, and only through the efforts of family and friends are the two sides placated. However, to the dismay of the parties involved, the feelings for each other are not the same as previous to the disagreement. However, the love of H-shem, to his people at the time of the Chanukah miracle, was so strong as to bring it back to its former state of intimacy.

We can see the extent of H-shem’s love to the Children of Israel from an exchange cited in Yalkut Shimoni between Eliyahu Hanavi (Elijah the Prophet) and a Talmudic student who asked Eliyahu why Yirmiyahu (Jeremiah) was privileged to prophesize good tidings to the Jewish people (whereas many other prophets were sent to deliver messages of reproof to the Jewish people)? Eliyahu Hanavi replied “because Yirmiyahu accepted his mission with love”. Upon further questioning Eliyahu said to the student “If they [the Jewish people] would repent out of love [rather than the fear of punishment], H-shem would immediately build the Final Temple and take them in and hug and kiss them and hold them in His embrace forever and eternity”. How strong is His love for His nation!

It can be concluded then, that the miracle of the oil serves as a sign and symbol in every generation that “through it all”, through the tremendous anger and wrath that H-shem pours forth from time to time (for not living up to His expectations), His love is not abated and it is always possible to make amends and then His love will return to its fullness.